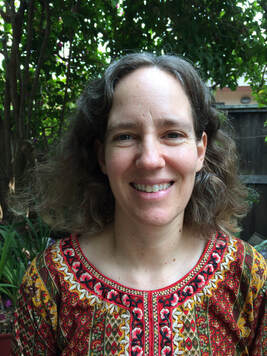 I grew up in South Bend, Indiana, the third of four children. I discovered the Jesuits and Ignatian Spirituality during my fantastic four years at St. Louis University. From there I joined the Jesuit Volunteer Corps where I spent two years as a volunteer in Woodburn, Oregon, a small farming town with a large Mexican immigrant population. I was deeply formed by JVC’s four values: community, social justice, spirituality, and simplicity; they still inform how I live today. After my time as a JV, I worked for JVC:NorthWest for two years before leaving to pursue theological studies at the Jesuit School of Theology at Berkeley. During my time as a student, I worked as the RCIA director for St. Columba and four other parishes in West Oakland, received my Spiritual Direction training, and edited several books for Dr. Gina Hens-Piazza, a professor of the Hebrew Scriptures. I graduated with a Master of Divinity (2002) and a Master of Arts in Biblical Languages (2003).
​
After graduation, I did a year-long Clinical Pastoral Education residency at Alta Bates Summit Medical Center where I continued to work a hospital chaplain for several years. Since then, I have worked in various parish ministry positions, supervised field education students the Jesuit School of Theology, and wrote a scripture column for BustedHalo.com. I see clients for individual spiritual direction and lead retreats for various groups in the wider Bay Area.

I am the Associate Director of The Pastoral Center, a small pastoral publishing company which my husband and I own and direct. Most of my work hours are spent editing and writing new content for resources such as Advent or Lenten prayer booklets, Stations of the Cross, baptismal preparation, and parents' group discussion material. My book The Catholic Way, a leader guide for RCIA Directors and adult faith formation, was published in 2018. ​​

​Besides my pastoral ministry and parenting our two school-aged girls, I recently began my own edible garden consulting business: Alameda Edible Gardening. I am excited to help others learn to grow more of their own food and to increase food security and sustainability. If I have any free time, I strive to stay sane by connecting with others in our neighborhood, coaching girls' softball, bicycling along the San Francisco Bay, and taking naps when I can.

This is just a sampling of some of Ann's published works over the last 15 years.